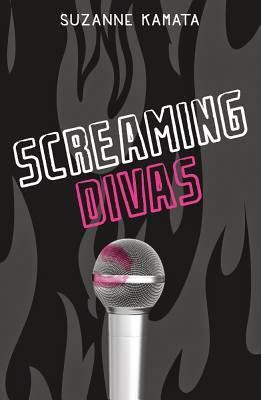 At sixteen, Trudy Baxter is tired of her debutante mom, her deadbeat dad, and her standing reservation at the juvenile detention center. Changing her name to Trudy Sin, she cranks up her major chops as a singer and starts a band, gathering around other girls ill at ease in their own lives. Cassie Haywood, would-have-been beauty queen, was scarred in an accident in which her alcoholic mom was killed. But she can still sing and play her guitar, even though she seeks way too much relief from the pain in her body and her heart through drugs, and way too much relief from loneliness through casual sex. Still, it's Cassie who hears former child prodigy Harumi Yokoyama playing in a punk band at a party, and enlists her, outraging Harumi's overbearing first-generation Japanese parents. The fourth member is Esther Shealy, who joins as a drummer in order to be close to Cassie--the long-time object of her unrequited love--and Harumi, her estranged childhood friend. Together, they are Screaming Divas, and they're quickly swept up as a local sensation. Then, just as they are about to achieve their rock-girl dreams, a tragedy strikes.

Back in the day, Suzanne Kamata spent a lot of time hanging out in a club in Columbia, South Carolina, much like the one in Screaming Divas. (The beat goes on . . .) She later wrote about musicians for The State newspaper, The Japan Times, and other publications. Now, she mostly writes novels. In her free time, she enjoys searching for the perfect fake fur leopard-print coat and listening to the Japanese all-girl band Chatmonchy. Her YA debut, Gadget Girl: The Art of Being Invisible was named the 2013-2014 APALA YA Honor Book and Grand Prize Winner of the Paris Book Festival. For more info, visithttp://www.suzannekamata.com or follow her on Twitter @shikokusue.

For a long time, I’d wanted to write a novel about an all-girl group. At first, I had the idea of writing a novel about a 1960s Motown group like The Supremes, but I figured that there would be a lot of research involved, and there was a huge likelihood that I would get something wrong.Also, someone had already written the musical “Dreamgirls.”  Then I thought it would be fun to write a book about a band similar to the ones involved in the Riot Grrl movement, which pretty much happened in the Pacific Northwest -- bands like Bikini Kill, Sleater-Kinney, and Babes in Toyland. I set my book in Columbia, South Carolina, where I went to college.

I first started writing the parts about Trudy as a novelization of the life of Courtney Love It started out as kind of writing exercise, something that I was doing just for fun while I tried to figure out how to revise another novel I’d been working on. I changed the names and the setting, of course, and some other details. Eventually, the book took on a life of its own, and Trudy did, as well.

When I’m writing, I tend to throw everything I’m interested in at the moment into the book, so you’ll find references to The Supremes, Sylvia Plath, Edgar Allan Poe, The Gogo’s, the Columbia artist Blue Sky, Joy Division, and the Capitol Cafe, where I used to hang out with my friends after a night of dancing in a club very much like The Cave.

a Rafflecopter giveaway
Posted by BookwormInBarrie at 2:55 pm