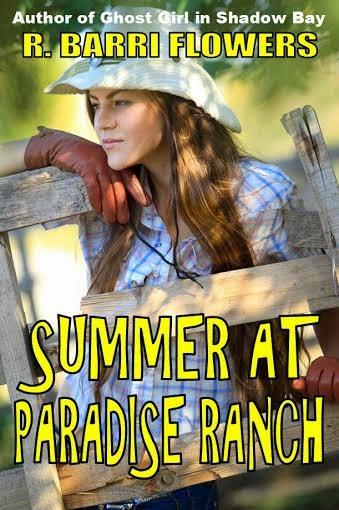 Four months shy of turning sixteen, Lexi Montoya was still trying to come to terms with her parents’ divorce and her mom's remarriage to a man she met online, relocating to Maui, Hawaii.Choosing to remain with her dad in Seattle, Lexi had planned to spend her first summer since the divorce hanging out with her boyfriend, Matt, and best friend, Robin. But her dad had other plans, insisting she spend the summer visiting her mom and stepdad at his ranch called Paradise Ranch in Wailuku, in west Maui.Lexi went there with an attitude. Then she meets a cute Hawaiian guy named Mitsuo, is thrown into a love triangle, become friends with a teen girl living on a ranch next door, April; rides her first horse-- an Arabian mare named Poppy-- learns to hula dance and surf, and finds herself embroiled in a dangerous rescue mission when Poppy and another horse named Casper go missing from her stepfather’s ranch.By the time her tropical summer adventure comes to an end, Lexi hates to leave Maui and say goodbye to Mitsuo. But can she stay when Matt is waiting for her back at home to pick up where they left off? Or will he lose her to a summer romance?

This book was really cute, just what I needed. We first meet Lexi, who has to go to Hawaii and spend the summer with her Mom, which she is not happy about as she feels as though her Mom betrayed her and her Father by leaving them and going and marrying someone else. She has a boyfriend that she would prefer to spend the summer with, but her Dad thinks that it is better for her to go and spend time with her Mom and try to salvage the broken relationship.

When she gets to Hawaii there is definite tension between her and her Mom, you could feel it even as you were reading it. You can understand why she is upset with her Mom, until you find out her Mom's reasons for leaving, which you do, and it does start to get the relationship back on track, especially with having her stepdad there as well, he is a very gentle person.

Lexi meets new friends at Paradise Ranch, and she starts to actually enjoy her summer there after a few weeks, and even finds a guy that she starts to like beyond friends and does not know what to do about it.

I enjoyed all the characters in this book, and the plot line, it gets a 4/5 from me.
Posted by BookwormInBarrie at 3:23 pm