Eyes Ever To The Sky (Sky Trilogy #1) by Katie French 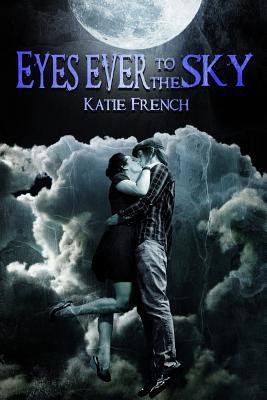 When Hugh wakes up in a smoldering crater—no memory, no clothes—a single thought echoes in his head…trust no one. Frightened and alone, with no memory of who he is, he stumbles upon a grisly murder scene and is fatally shot. He wakes, only to find he can heal himself. He has superpowers, and he’s going to need them.Desperate and bleeding, Hugh stumbles upon fifteen-year-old Cece, who’s got enough troubles of her own. Between caring for her bipolar mother and trying not to get evicted from her run-down trailer, Cece may be the only person struggling as much as Hugh. Drawn to Hugh, Cece finds a love she’s never known. But when the real killer—a man-hunting beast—chooses another victim, Hugh and Cece realize they must unlock the clues to their past if they have any chance at a future.

The start of this book was a little weird for me, and I was not sure what to think of it, but I am sooo glad that I finished it! It is unlike any other YA book that I have read, there is almost everything you could want in a book in this one, family drama, romance, paranormal, relationships with friends, everything.

Cece was my second favourite, she is a teenager that had to grow up way too fast on account of her Mom and the illness that she struggles with, but she does her best to keep it together. Her Mom is definitely a manic type person, and I think that it is really cool that Cece has taken it upon herself to read some psychiatry books to better understand what her Mom is going through.

The paranormal aspect of this book is very cool, the book is set in our world, but there is a "beast" from another world that is here attacking people, and he may not be the only one from another world. This was my favourite part, trying to figure out what they were, where they came from etc, and it is not all answered in this book which I personally like, if it is a series, I don't want all the answers in the first book, spread them out, keep me wanting more, and Katie has done this to perfection!

I cannot wait to read the next book in the series, I need to know where this story is going, there are a thousand different options. If you are a fan of YA paranormal, you need to pick this one up, fantastic start to a trilogy! I give it a 4/5!

Posted by BookwormInBarrie at 1:51 am