Chloe didn't think about it much when she nodded off in study hall on that sleepy summer day. But when she wakes up, snow is on the ground and she can't remember the last six months of her life. Before, she's been a mediocre student. Now, she's on track for valedictorian and being recruited by Ivy League schools. Before, she never had a chance with jock Blake. Now he's her boyfriend. Before, she and Maggie were inseparable. Now her best friend won't speak to her.

What happened to her?
And why can't she remember?

Six Months Later had me thinking the entire time I was reading about who was "good" and who was "bad". The only instinct I had at the very beginning was that I didn't like Blake, I couldn't figure out why, but I just thought that there was something about him that seemed off.

I didn't really have a favourite character in this book, as I could not connect with any of them simply because I have never been (and hope to never be) in this kind of situation! I cannot imagine what Chloe was going through in her head, losing six whole months, so many things change that we don't even think about, like the weather, clothes, technology, maybe even our friends, especially at her age.

I loved the way that the author wrote this one, there were situations that I thought for sure that she was going to let it be known that she could not remember, especially when she first wakes up and Adam is there because she called him, and she doesn't understand because before she went to sleep they had not even talked at all.

I had so many theories going on in my head the whole time, like was her Mom in on it, because it seemed like it to me for sure, the way she was always going on about how good she was doing now, and how she was going to get in to a great school and Chloe knew that this is what her Mom had always pushed her to do. She had never felt this kind of pressure from her Dad, and still didn't.

I highly suggest this book to anyone looking for a bit of a mystery and even some action at the end when everything is starting to come together. I will admit I had a couple things figured out, but not everything, and that was awesome, I don't like knowing everything until the end of these kinds of books. I give this one a 4/5! 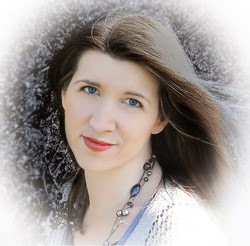 Natalie D. Richards won her first writing competition in the second grade with her short story Barbara Frances Bizzlefishes (who wouldn't dare do the dishes). She later misplaced her writing dreams in a maze of cubicles and office drudgery. Natalie never forgot about Barbara or those dishes, and eventually she found her way back to the storytelling, following the genre of her heart, teen fiction. When she's not writing or shopping her manuscripts, you can probably find her wading through the towers of dog-eared paperbacks that have taken over her bedroom. Natalie lives in Ohio with her amazing husband and three children, who inspire her every day to stick with her dreams. 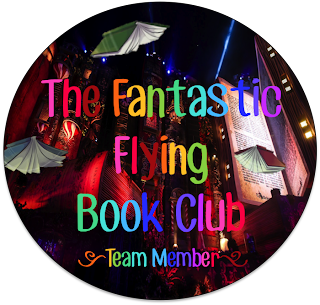 One copy of Six Months Later and some promo goodies
My question for you to answer would be, who would you turn to if something like this happened to you?

Posted by BookwormInBarrie at 1:29 pm