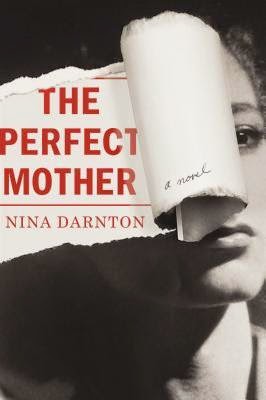 When an American exchange student is accused of murder, her mother will stop at nothing to save her.A midnight phone call shatters Jennifer Lewis’s carefully orchestrated life. Her daughter, Emma, who’s studying abroad in Spain, has been arrested after the brutal murder of another student. Jennifer rushes to her side, certain the arrest is a terrible mistake and determined to do whatever is necessary to bring Emma home. But as she begins to investigate the crime, she starts to wonder whether she ever really knew her daughter. The police charge Emma, and the press leaps on the story, exaggerating every sordid detail. One by one, Emma’s defense team, her father, and finally even Jennifer begin to have doubts. A novel of harrowing emotional suspense, The Perfect Mother probes the dark side of parenthood and the complicated bond between mothers and daughters.

I won this book as part of the Goodreads first reads program, I didn't know what to expect from it, except I was hoping that it would keep me on the edge of my seat with what was going to happen next, and it did not disappoint!

I liked most of the characters, however, I did not like Emma, she came off as a spoiled rotten little brat, it was not till the end of the book that I started to feel differently about her. She did not seem to understand the seriousness of the situation that she was in, and just seemed to wrapped up in her own head to want to try and help herself at all.

Jennifer was a dutiful mother who only wanted to help her daughter get out of a very serious situation, even when her daughter did not want to help at all. I can understand the reasons for her actions throughout the novel, and I think that I would do the same thing if I was in her shoes. Mark  was strong through the whole thing, even though he could not be there for Emma as much as he wanted to.

I think my favourite character was Roberto, he was the manager of the case for Jennifer, and he had his own side line story that I would like to see turned in to a follow up from this book, don't know if that is going to happen.

I liked how the author gave instances of where the criminal justice system was different in Spain than it was in the US, you could tell she did her homework there. The police had their own theory on what happened, and with all the facts that Emma was giving them, I believed them over her, and as much as Jennifer did not want to, there was a point in the novel where she could not put those doubts aside anymore.

I thoroughly enjoyed this novel, and I will be looking up the authors other work as well, I give this book a 4/5!
Posted by BookwormInBarrie at 2:13 pm