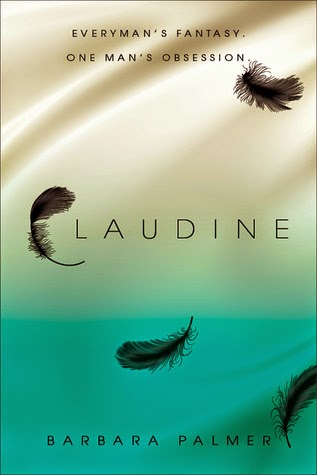 Published: September 2 2014
Goodreads: https://www.goodreads.com/book/show/20876406-claudine
Source: A copy was provided by the publisher in exchange for an honest review

I have to say, the first thing that intrigued me about this book was the fact that the author is using a pen name, however, she is a Canadian international best seller, I need to know who is writing this lol!

I wasn't sure what to expect from this book, but it was sure not what I read! Yes, there is some erotica in the book, however, I wouldn't list it as a strictly erotica novel, there is so much more to it than that, her being a prostitute is almost a back story to what actually happens.

I loved everything about this book, from the characters, to the plot, to the pacing, it was bang on for all of it. I think my favourite character is Andrei, he is handsome, stoic, a true gentleman.

There is so much action in this book, I did not expect that, and it flowed so nicely with the story line. Maria finds herself the cause of an obsession from one man in particular, and you are left guessing for a while as to who that might be, even right up until the end of the book, just when you think that you have it figured out, the author throws another twist in there, and it was fantastic!

I also loved the way that the author was able to put you right in the scene with Maria, everything that she was feeling during the story, I was too. From her relationships with Andrei, Lillian and her Mother, to the encounters that she has with her clients. I loved how there was usually themes to these encounters, and my favourite one was the Victorian themed event, that one has stayed with me the longest, especially her outfit and everything, it was awesome.

Another part of the story is the strained relationship that she has with her Mother, you get bits and pieces throughout the story, and you can start to put together what happened. I don't think any Mother would be happy to know that her only child has turned in to a high priced escort, however, she never tries to understand Maria either, and why she chose the life that she did. She has a better relationship with her Step-Father than she does with her Mother, which is actually a little unusual.

Overall I give this book a 5/5, if you are looking for a thriller with some "sexy times" this book is for you, it has everything that you want, and you will not be disappointed!
Posted by BookwormInBarrie at 1:00 am