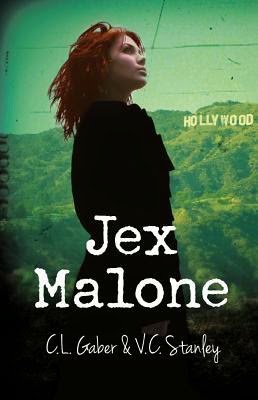 Published: June 18 2014
Goodreads: https://www.goodreads.com/book/show/18982026-jex-malone
Source: A copy was provided by the publisher in exchange for an honest review

A famous case. A missing girl. If they find her, will they be heroes? Or dead?Bored out of her mind during a summer with her police detective father in Las Vegas, Jessica (aka "Jex") Malone starts doing what she does best--snooping. When she meets three new friends who share her passion for crime, from the geek to the fashionista, suddenly, the stifling desert days don't seem so long.Her dad is never around, just like when her parents were married. But Jex's crew, the Drew-Ids, take the pledge of eternal secrecy and then get down to the good stuff--digging through the cold-case files in Dad's home office.One of them, the thirteen-year-old case of Patty Matthews, is still a mystery. Finding Patty, who vanished into thin air, became such an obsession for Jex's father that it destroyed the Malones' marriage. So not only is this a big deal, it's personal.Jex is determined to find out what really happened, and her excitement is contagious. Soon her friends are all on board and so is the missing girl's brother, the hunky Cooper Matthews.But as they dig up more and more troubling information--more than the cops ever did--they also get the clear message that someone out there wants to prevent the truth from coming out. That somebody is also prepared to do anything, absolutely anything, to prevent it.Jex isn't afraid; after all, she's a cop's daughter. But maybe she should be.Laced with humor, toughness, and real CSI investigation techniques, Jex Malone could be the Nancy Drew for a new generation--but with a chilling twist. These wannabe detectives are on the brink of finding out the fate of poor missing Patty. But will they disappear without a trace, too?

We follow the story of Jex Malone through this novel, she is the product of divorce and lives with her Mother full time in New Jersey, and her Father lives in Las Vegas. She has to go and spend the summer with her Father, and she is not happy about it, even tries going to the Judge in the case and asking if she can not go, this meeting does not work in her favour, and she is ordered to go and spend the summer with him.

When she gets there, she is immediately introduced to three new girls that live in the area, and things start to look up for the "crappy" summer that she was expecting. She immediately let's them see that she has broken in to her Father's work computer that gives access to all the files in the Las Vegas Police Department. They start to sift through the files, and come across one for Patty Matthews, the 16 year old girl that disappeared from her home thirteen years ago almost to the day.

This starts out their summer of trying to find Patty. The authors did a great job of developing characters and the plot line, I read this book in two days! It keeps you going with all the evidence and everything that they find and it goes really quickly.

I really loved the relationship that Jex has with her Father, it is a very realistic view of what it is like for a lot of kids these days unfortunately. It is very strained and they are unsure of how to act around each other, however, by the end of the book they have found their stride.

I loved all the side characters that you meet as well, and some of my favourite characters were not the main ones, they were the ones that kept you guessing whether they were on the good side or the bad side, and there are a few that will keep you guessing like that!

We learn a lot about Patty during the novel, so much so that she seems like the main character even over Jex and her friends. Patty's life was not an easy one by any means, and the lengths that she went to to keep herself safe from the people around her were understandable, especially from her Father, he was not a very nice person.

The ending I think was perfect, and I would have never saw that coming!

If you are looking for a good mystery novel, this is one for you, I think anyone would enjoy it, I give it a 4/5!
Posted by BookwormInBarrie at 10:25 pm