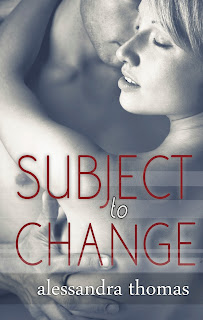 Joey made her dad a deathbed promise that she would become a doctor, and dedicate herself to fighting the very cancer that took his life. There’s just one problem -three years into her pre-med classes, she's struggling to stay on top of the curve, let alone prove she's dazzling enough to earn a spot in an Ivy League medical school. In a Hail Mary move, she throws a basic Business 101 class into her semester schedule, banking on a perfect score to boost her GPA.
That is, until she’s paired for a final project with Hawk, the bartending, motorbike-riding, gorgeously bedheaded loser who falls asleep in class and communicates in one-word sentences.
Hawk does whatever he wants, whenever he wants, which sets Joey on edge – in every possible way. As they get to know each other, her urge to scream at him is curbed only by her fantasies of tearing his clothes off. Soon those fantasies become reality, and Joey realizes Hawk makes her feel more fully herself than any of the rich boys her mother and sorority sisters approve of.
But the promise to her father hangs over her head, and the harder Joey tries to succeed in her chosen career, the faster everything falls into a hopeless tailspin of bad grades, broken promises and guilt. It doesn't help to have Hawk sitting like a devil on her shoulder, insisting she should be free to live however she wants to live - like he does.
The only thing Joey knows is that her neatly organized life is crushing her - and Hawk's bad attitude might be the only thing that can save her. 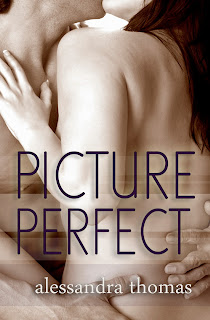 Fashion design major Cat Mitchell has a closet full of gorgeous clothes - and not a single thing fits. After two years of runway modeling for easy cash, an accident shattered her lower leg bone and her self-esteem in just one swift fall. Ten months of no exercise, prescription steroids, comfort eating and yoga pants meant returning to campus as a size twelve instead of her former size two. When her gorgeous long-time friend with benefits sees her for the first time after her accident and snubs her in front of all her friends, Cat’s self-image hits rock bottom. Her sorority sisters all insist that she looks gorgeous, but all Cat sees is the roll of her stomach when she sits down, or the dimpling at the back of her thighs that wasn't there last year. Cat’s therapist prescribes something radical to stop the downward spiral - nude modeling for a nearby college's human form drawing classes. When Cat faces her fears and bares it all for the class, she realizes that she's posing naked in front the most gorgeous, buffest guy she's ever seen in her life. He asks her out after the class, and after one steamy night together, Cat's absolutely smitten.
Nate’s pretty close to perfect – he takes Cat rock climbing when he discovers that it makes her feel strong and becomes a great chef after he learns that the perfect pesto sauce makes her swoon. Cat starts to feel like her old self again - confident and beautiful - as long as Nate's around. Even when he discourages her from entering the Real Woman Project, a design competition for plus-sized apparel, she reasons that he's just trying to prevent old body image wounds from splitting wide open again. But when Cat goes home with Nate for Thanksgiving, she discovers something shocking from his recent past that proves that he hasn’t always been so encouraging of women of all shapes and sizes. Cat has no idea what to think, but she does know one thing - this might destroy their relationship before it's even had a chance to get off the ground.
Before Cat can figure out whether the real Nate is the sensitive, adoring guy she fell in love with, or an undercover asshole, she'll have to finally feel comfortable in her own skin - even if it means leaving him forever.
http://www.barnesandnoble.com/w/picture-perfect-alessandra-thomas/1114886163?ean=2940016360911
http://www.amazon.com/Picture-Perfect-ebook/dp/B00BYLQIQE/ref=sr_1_1?ie=UTF8&qid=1364230606&sr=8-1&keywords=Picture+Perfect+Alessandra+Thomas 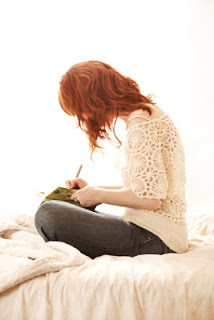 Alessandra Thomas is a New Adult writer who swears she was in her twenties yesterday. Since she's not, she spends her time looking back on her college years fondly, and writing sexy stories about guys andgirls falling in love and really living life for the first time. When she's not writing, you can find her with a spoonful of ice cream in one hand and the newest New Adult release in the other.
http://www.twitter.com/AuthorAless
http://www.goodreads.com/author/show/6906315

Posted by BookwormInBarrie at 11:43 am