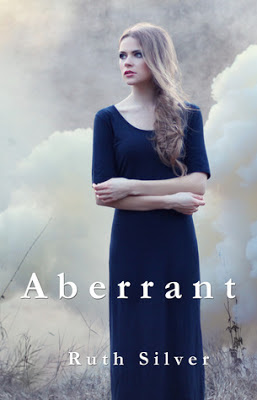 In the future Dystopian society of Cabal, the government instills equality for all and offers its citizens the perfect system. There is food, shelter and jobs for everyone. The one requirement is to follow the rules without question, including the government's match in marriage and "The Day of the Chosen", a lottery that randomly selects families to conceive children as natural means hasn't existed in generations. Following her eighteenth birthday, Olivia Parker accepts her requirement to marry her childhood best friend, Joshua Warren, and is eager to start her work assignment and new life when it all comes abruptly to an end as she's arrested and thrown in prison. The only crime committed, her existence. Olivia is unlike the rest of the world born not from "The Day of the Chosen." The truth haunts the government and puts her life in grave danger as one simple fact would destroy the perfect system. With Joshua's help, Olivia breaks free of prison and is forced on the run. Together they set out to find the promised rebel town in search of a new home and new life together. Their situation seems less than promising as they reach the town of Haven. New rules and customs must be adhered to in order to stay. Leaving would mean most certain death in the large expanse of the Gravelands. Time is running out as the government mounts an attack to destroy Olivia and bury her secret with her. Thrown into a world unlike their own, they must quickly adapt to survive.

Aberrant grabbed me from page 1, and did not let me down the whole way through! Ruth Silver did a fantastic job of capturing the mind of a 5 year old, and portraying her emotions, and how at 5 years old, there are so many things that we do not understand. In the first chapter we are in Olivia's mind when her father passes away, and she has to attend the funeral with her Mom.

After chapter 1, we are brought to Olivia's present when she is graduating school at 18, and everything that that entails for her. In Olivia's town of Cabal, everyone is the same, everyone gets the same houses, the same food provided every week by the government, even the same clothes. The government monitors everything there, including how many times you are allowed to shower (3 times a week for 3 minutes, and when the water comes on, it is already set at the "perfect" temperature for you), I cannot imagine living like that, however, all of the citizens have been told that going outside of Cabal would be instant death in the Gravelands, so no one dares go against anything that they say.

I really enjoyed the characters in this book, especially Olivia and Joshua, they were like typical teenagers, just unaware of what the world had to offer because of the oppressive society that they lived in. They had been best friends for so long that you wouldn't think that there would be any romantic feelings could develop, however, there may be, and it may grow faster than what they were expecting because of the situations that they are put in, and only having each other to rely on.

The world building that Ruth has done is beautiful as well, I can totally picture myself there, seeing everything the way that Olivia does, it is so dark and dreary, I can't imagine living there. The cities there are all run down, and seem deserted by the people, and most of this was due to the four world wars that had taken place, there is not much left in this part of the world. Also there are very few vehicles left, but the technology is completely beyond anything that we have now, solar powered cars and being able to heal a knife wound by getting a scan on it, brilliant!

I will be the first to admit that I have not read many dystopian novels, but I know that I will be following this series for sure! I loved all the action, with just a little bit of romance, and not the insta-love kind either, the nice gradual kind that develops over time from friendship. I am so glad I was able to read and review this book, and I cannot wait to get my hands on the next in the series, I give this one a 5/5 and any fans of sci-fi/dystopian should definitely check this one out!

Posted by BookwormInBarrie at 1:38 am