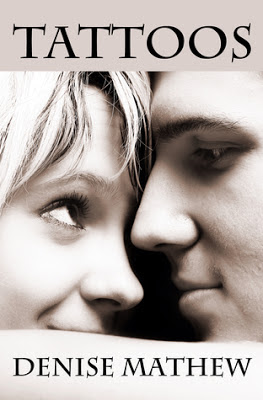 Seventeen-year-old Marilee Mackie has everything going for her, beauty, money and a bright future. But when she’s diagnosed with Stage 3 Hodgkins Lymphoma her world falls apart, and instead of finishing her senior year she begins the fight of her life. Nineteen-year-old Jax, an enigmatic hospital orderly, lives on the Strip, the proverbial other side of the tracks. With his edgy attitude, sleeves of tattoos and rocker look, he’s the kind of bad boy that Marilee has always steered clear of.But when Marilee’s cancer strips away every bit of her identity, leaving her a shadow of the person she once was, all the things that mattered to her before no longer hold any meaning. Determined to make a difference in the world before she dies, Marilee enlists Jax to help her with something she calls the Peace Project, a way to use her college fund money to help the people who need it the most on the Strip. With Marilee’s money and Jax’s knowledge of the Strip, the teenagers embark on an unforgettable journey. Where two people from completely different worlds find that miracles do exist, and that the darkest cloud of your life may be lined with the brightest rainbow. Tattoos is a story about love, hope and the preconceived notions and barriers that we put between us for no reason other than the way someone looks or where they live. It’s about letting go of all the things that we thought were important in the quest for our true purpose. And that sometimes the people you never thought you could love, may be exactly who you needed all along.

This is a needle in a hay stack kind of a book, I am so glad that I had the opportunity to read and review it because it is the first book EVER to bring a tear to my eye, and I know that that may seem weird as why would someone want to cry? But that is not how I mean it, I mean that it was able to provoke such emotions in me that no other book has been able to, and that is brilliant writing and story telling.

When the book first starts we meet Merilee in the Dr's office as he tells her that she has cancer,  and we see the first "performance" that her Mother puts on, she is an actress alright. Throughout the majority of the book, I almost kept thinking that the way that Merilee's Mother went on was some kind of joke, like what Mother could rush to get their kid booked in the hospital for chemo treatments so that she would not be late for her hair appointment? I wanted to scream at her so bad! And her husband was no better, he just gave her whatever she wanted, and would get mad at Merilee if she called her Mother out on anything, I wanted to smack him too!

The scene when Merilee and Jax meet is really cute, and it was one of those moments where you meet someone and think, hmm, ya I could be friends with them, even if you haven't really talked to the other person at all. I really took to Jax's character, he seems rough on the outside, but there really is a good heart in there, and he has so much consideration for other people that it is refreshing to see of someone his age. We know that he has gone through a lot, and he now lives in an apartment with his Gran, he works at a record store to help with bills, works at the hospital, and is also in a band with his two best friends. He has a lot of tattoos, and I have to admit that there are a lot of stereotypes that go through your head when you think of them, and what they are covering up that may not necessarily be true.

The relationship between Merilee and Jax is very relaxed and comfortable. It starts off as friends, and Jax is there for her when it seems that no one else is, even if he is somewhat a stranger. They decide that they are going to do a project together, and it is something that they each have to rely on the other for, and it is something that is very inspiring to see. I really liked how this story did not promise a happy ending, in fact, there is even a warning that gives you the option to stop if that is what you are looking for, because there is no guarantee that you are going to get it. There is so much that happens in this book that I am afraid to keep writing in case I give something away, but I will say that if you are looking for a story that will stay with you for a long time after reading it, this is it. It has brilliant writing, and plot twists that I did not see coming at all, just when you think you have figured the book out, and what everyone's history is, you haven't and you will be left with a big lesson about not judging a book by it's cover. Absolute 5/5, go and get this book now and read it, I guarantee that you will love it as much as I do, and you will want to push it on everyone just like I am going to do!

Posted by BookwormInBarrie at 8:34 am